Holidays (Self Catering) in Southampton

Show me directions to Town Or Country - Serviced Accommodation in Southampton

Town or Country are specialists in serviced accomodation who offer competitively priced, quality, two to four star accommodation in and around Southampton, Hampshire and have done so for 26 years. Town or Country accommodation is situated within Southampton and the surrounding outskirts. Choose your location from our large portfolio ranging from town houses to luxury apartments. â€¢Serviced apartments â€¢Close to the water â€¢Wifi available â€¢Luxurious stays â€¢Easy access to ferry â€¢Close to the city â€¢Car parking available â€¢Better than a hotel â€¢Great for families â€¢Modern accommodation

Awful, do not use this company

This is quite a long post, unfortunately because so much went wrong through booking with Town or Country. At the end of October 2012 I was getting married and with my family booked 6 properties through Town or Country. The following occurred: Three days before the wedding we were told that two houses were unavailable due to maintenance issues and another family still being in the property. We had specifically chosen those properties because of accessibility requirements of family members and one was opposite the wedding reception and venue. The one opposite the venue I was due to get changed in and people with young babies were going to use for feeding. I then had a nightmare of trying to re-arrange accommodation - they did offer alternatives - for 31 guests. Nearly everyone had to be shuffled around, it wasn't a simple case of swapping people over from a 6 sleep house to 3 apartments. The company tried to be helpful, but some suggestions such as putting my grandfather (early 90s) on a sofa bed; or splitting up families; or putting a family with 4 year old twins in rooms which would have been dangerous for them to use (bedroom mezzanine over a lounge with no railings) were not well received. Being heavily pregnant, all this stress led to not much sleep and I have to admit did affect how I was feeling on my wedding day. Two days before the wedding I went to the company to go through all the details where I was told another booked apartment had been changed. This apartment I had specifically been in contact with Town or Country about as we chose it for a venue for family portraits (they advised this was the best one) - we had hired a photographer for an extra few hours and arranged all our families to come together to have their pictures taken ahead of the wedding. I was told 'it is a nicer apartment'. Unfortunately this was another, what I felt, a lie. I asked to see the newer apartment, it was cheaper and - due to the layout - not suitable for photographs. I was told we couldn't have the original apartment as another booking had been extended, they told the truth eventually. Other locations around the building were not suitable, luckily a family in another apartment re-arranged their hair and make-up booking for me so we could use their lounge. The story continues, the night before the wedding. My (again) heavily pregnant friend turned up at one of the replacement houses - it was a mess. The four bedroom house had not been cleaned - dirty linen, unwashed crockery, razors left lying around. We had a young family on their way from Brussels, due to arrive at 11pm at night and they would need somewhere to sleep. My sister who lives in Southampton had to go over and clean the house and replace all the bed linen. When we phoned the company we were told the maintenance person was on holiday and we would be offered a bottle of wine to say sorry, someone would be around the next day to clean. Not good enough. Once that was sorted my husband to be and I went to the apartment we had booked for the pre-wedding and wedding night. It was a disgusting mess. The furniture was all moved around, bedding unmade, porn magazines in the bathroom and half eaten food on the floor. It was the final straw and I burst into tears. I was so unhappy after I had tried to hard to make this a happy family wedding with everyone having somewhere to stay. My husband to be phoned a local hotel, booked us in for two nights and called the alternative maintenance person to say we would not be staying there. I cannot believe how many mistakes Town and Country made when dealing with our bookings. What made it so difficult to cope with was how late in the day changes were made to bookings (surely with maintenance issues they would have known before?) and the disgusting state of two properties. On top of that we never felt we were given the whole picture, for example 'we changed your booking to get you a nicer looking apartment' - oh actually we changed it because it's not free. Town and Country did try to say sorry - a bunch of flowers the day before the wedding and a 'nappy cake' after the wedding for the baby. Also, of all the bookings, the two unclean properties were refunded - eventually, I had to chase for the full amount. I would have preferred a full refund for everything, but my husband and I decided not to chase for this as we just wanted to put it behind us and instead focus on memories of our happy day with family and friends. I can understand one booking going wrong, but the catalogue of disasters means this is a company you should never trust. Other reviews here have had problems, they are not a consistent company. Town or Country did have an impact on my wedding day, I was tired and unable to go away a few days afterwards due to feeling unwell. It would have been nice (understatement) not to have had these problems. As I work in an industry where companies are looking for accommodation locally I had been recommending them, but now warn people off the company. Do not use them.

Leave your review of Town Or Country - Serviced Accommodation in Southampton

All fields are required. Your review will appear immediately.

Thank you for submitting your review.
There was a problem submitting your review. Please try again later.
Incorrect password. Please try again.
You cannot review your own business
Reviews are limited to one per user and you have reviewed this business before.
The email address you have entered is already registered. If you have forgotten your password use the 'Forgotten your password?' link to reset it. 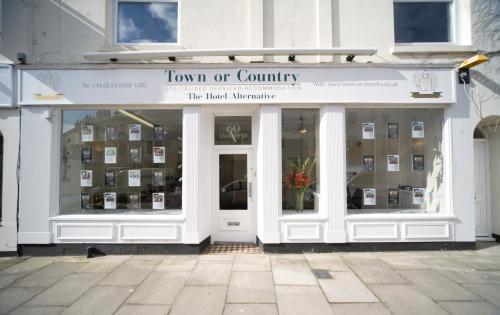 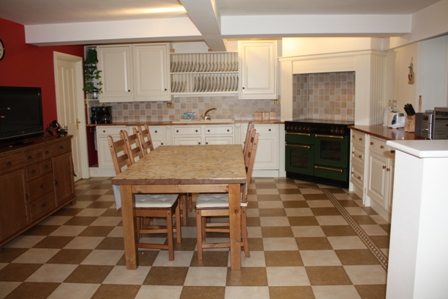 We offer these services

We offer these payment methods

The Boathouse, Southampton, SO45 6DS

6a Victoria Road, Southampton, SO19 9DX